The alpha female is often described as strong-willed, hard-working, independent, and confident. Usually, her physique demands presence. Despite these characteristics, alpha females often intimidate men, causing them trouble in our patriarchal society and in the dating world. Yes, this is true; take it from someone who’s an alpha female herself. After all, feeling insecure if your dating life isn’t working out totally defies the term, so I won’t say it’s about self-insecurity, but it’s more about the man’s insecurity. It’s no secret our patriarchal society isn’t too fond of women having some sort of authority, but why does it have to be a power struggle? We’re not demanding any type of power, but if you do get that vibe, we would like to apologize in advance for our striking confidence.

“I work full time, I pay my own rent, I pay my own bills, and guys see that and they run from it because they feel like we don’t need them…and that’s the misconception.” 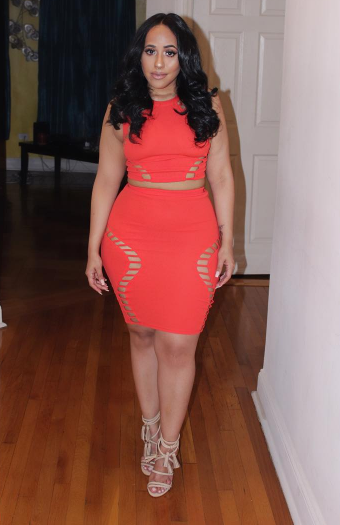 Now 27, she says that being an alpha female when she was in college was so much different because she had “so much more to prove.”

“Everyone can feel that woman when she walks in, they know whether or not she’s an alpha female.”

Don’t get me wrong; being an alpha female also comes with the resistance to need. We never really need anyone, we simply want them. Merriam-Webster defines the word “need” as a necessary duty; an obligation. When something becomes a need, you begin to depend on it for survival. Last time us alpha females checked, we survive very well on our own. Anything else is just a bonus.

“I realize it’s okay to be an alpha female while still being interdependent, meaning you don’t fully rely on that person, but you come together when you do need to be dependent.”

Once we’re in a relationship with that person, we do realize that there needs to be some sort of reliability. After all, that’s the point of a relationship- two people coming together forming a bond.

Our patriarchal society suggests that the man should be the breadwinner, while the woman is the caretaker. That’s where the problem begins because some men go into relationships expecting the woman to adhere to patriarchal beliefs. Although this is true for some men, there are others who do prefer the alpha female. My friend, who considers himself an alpha male, says that he prefers his alpha counterpart. He wants a woman who is able to be her own person and have her own friends instead of always latching on to him.

“I had an experience with a female who didn’t really know herself and she was so wrapped up in the thought of her and I, that she didn’t have her own identity.”

He also prefers a more “mysterious” type of woman, meaning he likes unpredictability in any aspect. He is always curious to learn more about the alpha female’s mind and her desires. Ultimately, he is unfazed by the “cliché female.”

So, why do we continue to struggle in our patriarchal society?

It is no secret our patriarchal society has this idea that things are the way they are because they have always been that way, and since things have always been this way for centuries, they will never change. Often, the men at the top of the structure are referred to as the “alpha” and those characteristics of being an “alpha male” consist of strength, dominance, breadwinning, and lastly…not allowing a woman to be any of those things. In bell hooks’ essay, Understanding Patriarchy, she provides us with her definition of patriarchy by stating:

“Patriarchy is a political-social system that insists that males are inherently dominating, superior to everything and everyone deemed weak, especially females, and endowed with the right to dominate and rule over the weak and to maintain that dominance through various forms of psychological terrorism and violence.”

It’s almost as if women are expected to live their lives in the shadows and let the man run the show. Male dominance is very evident in positions of authority that are almost always reserved for men. In our democratic society, male dominance is an unwritten rule. Women have the right to vote, own property, own a business, just to name a few. Nevertheless, it is significantly clear that we still live in “a man’s world”, where the majority of the positions of authority, in a career or the household, are held by men. This has made it rather difficult for alpha females to fully function in society to the best of their abilities.

However, it is arguably true that women, in general are much more empowered and have more rights now than they did centuries ago. This comes as no surprise to society due to the advancement of feminism. Any type of woman has the agency to do everything a man can do and even go anywhere a man can go. This doesn’t mean that women should or would; just means they can.

The reason for the want of patriarchy is that it perpetuates outdated courteous behavior aimed at making the lives of alpha females (and women in general) easier. Such behaviors consist of: holding the door open, pulling out a chair for us, and paying the tab at a restaurant/bar, just to name a few. What men fail to see is that there is no need for such courtesies any longer, and these courtesies come at their expense. We are not to be held accountable to the traditional behavioral expectations and gender roles because of the development of feminism- we want the benefits without having to fight for them.

One thought on “Alpha Females: Can They Exist in Our Patriarchal Society?”